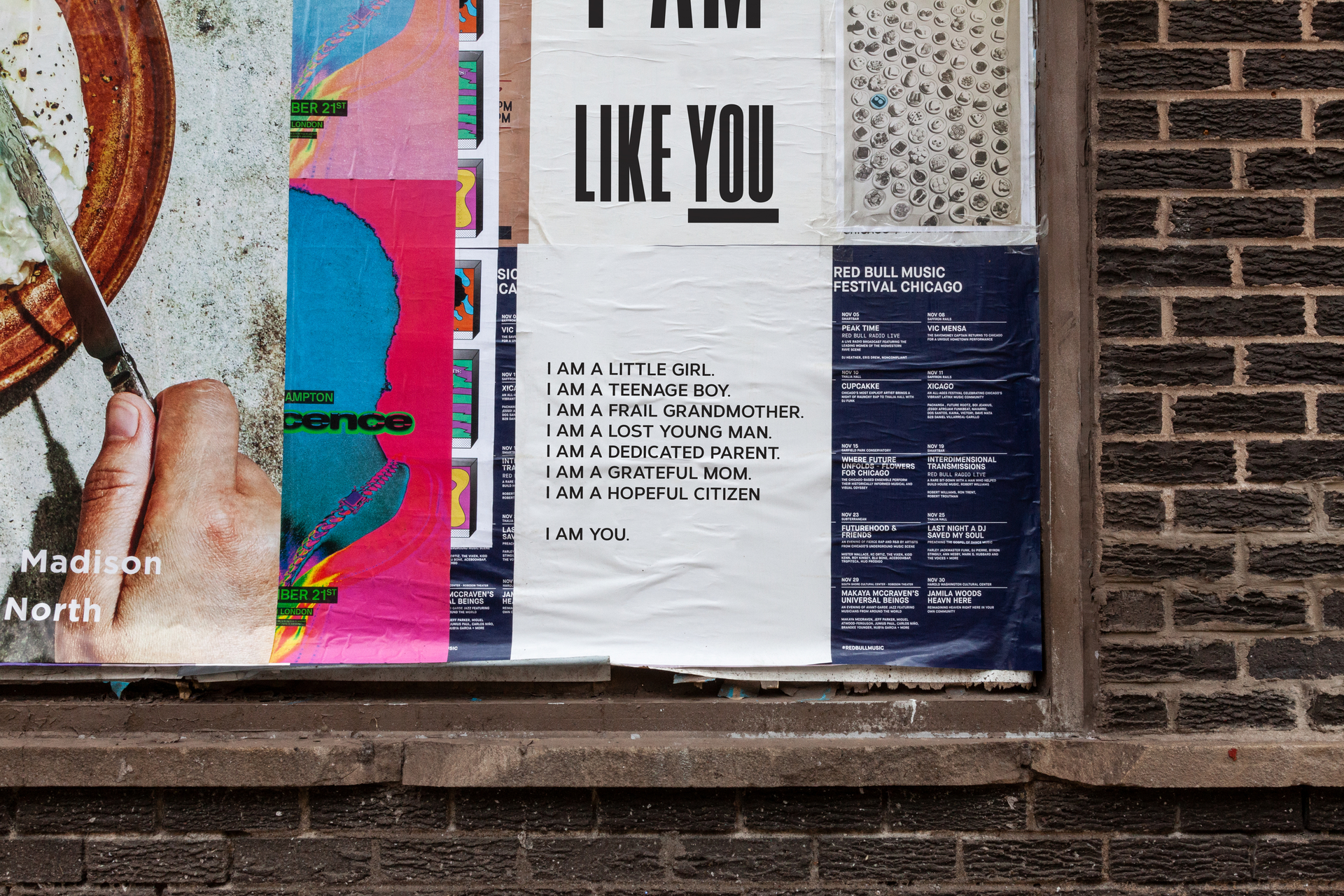 This campaign was created as a personal message to the public and all mayoral candidates of the 2019 Chicago Mayor's race for the purpose of unity. It launched on April 21st and was partially revealed at the Chicago Soho House on April 28th. It is the goal of this campaign to speak as clearly as possible, express the problems as plainly as possible, and effect change as quickly as possible. It represents views thru honesty, clarity, truth and experiences. Winner of the 2018 STA 100 competition and presented at the Chicago Michigan Avenue Apple store on November 1st, 2018.

IN COPYRIGHT
The Chicago Design Archive