Phoebe Moore has been a resident of the Chicago area since the age of two. She attended the Harrison Institute of Commercial Art and the Institute of Design. She worked with various studios and for Esquire and Coronet and has been a freelancer since the early fifties, specializing in illustrations and paintings and the design that goes around them. Her works have been exhibited by the ADC of NY, ADCC, AlGA and STA and she has won Artists Guild of Chicago Gold Brush awards in both commercial and fine art exhibitions. 27 Chicago Designer member: 1951-1977. First female member of the 27 Chicago Designers. 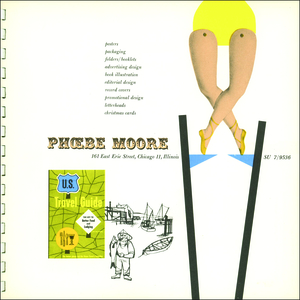 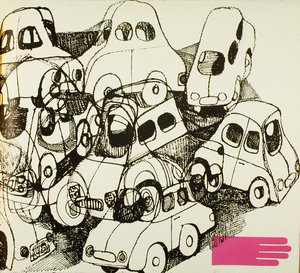