Henry Harringer, a graduate of the Hanseatic Art School of Hamburg, designed stage settings for the Hamburg Opera; and in Dresden, Innsbruck, Munich and Vienna before coming to the United States. He designed the R. R. Donnelley and S. C. Johnson displays at A Century of Progress-the 1933 World's Fair in Chicago, was a muralist and designer of booklets, now lives in retirement on Chicago's north side. 27 Chicago Designer founder: 1936-1937, Honorary Member 1982 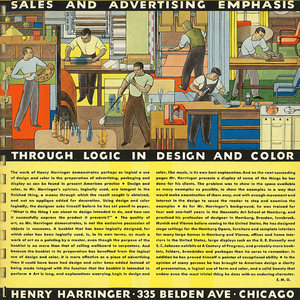 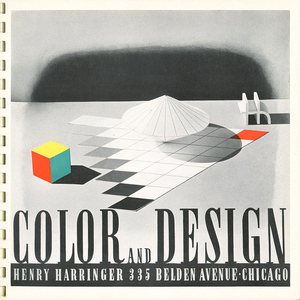