Franklin McMahon, "like his predecessors, portrays people and events of our times, but with the broadened horizons of a twentieth century person his scope takes in the entire world," wrote Steven Jones. In his work he has given extensive coverage to American politics, space program, sports, and industry. His television documentaries have been awarded three Emmys and a Peabody. He is an honorary member of the Artists Guild of Chicago, was named Artist of the Year by the Artists Guild of New York and has received honorary degrees from Lake Forest College and Loyola University of Chicago. 27 Chicago Designer member 1950-1987. STA Honorary Member 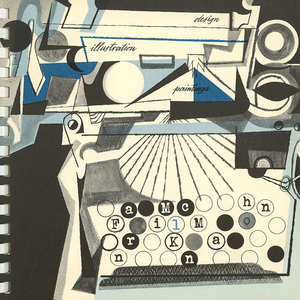 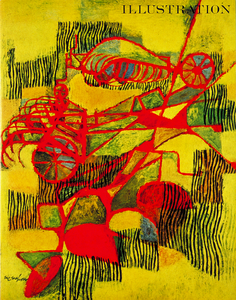