Born in Pieve Porto Morone, Lombardy, 1908. Artist, designer, and photographer. He studied architecture and
became a leading exponent of the second wave of Futurism. During the 1930s he founded Studio Grignani and
started working as an advertising designer with Domus, Dompé, Mondadori, Montecatini, and Alfieri & Lacroix for
which he designed numerous campaigns. Grignani has been an undisputed master of optical research in graphic
design. His most famous project is the Woolmark. He wrote various essays and taught both in Italy and the U.S.A.
He died in Milan, Lombardy, in 1999. 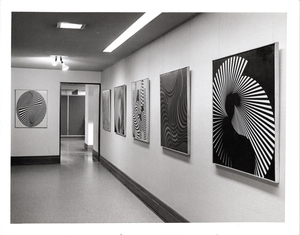 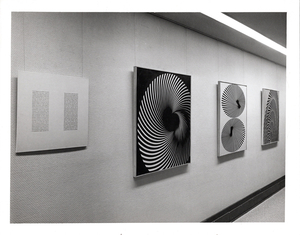 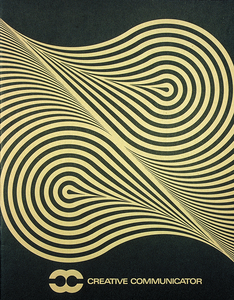