Edward Sullivan was a graduate of the American Academy of Art who became one of Chicago's most successful package designers for Dana, Taboo and Lucien Lelong, later for Abbott Laboratories, Swift and Company and Wilson Jones. A resident of Barrington, he enjoyed puttering about the house, was a collector of antique candy jars and liquor bottles. 27 Chicago Designer member: 1940-1972 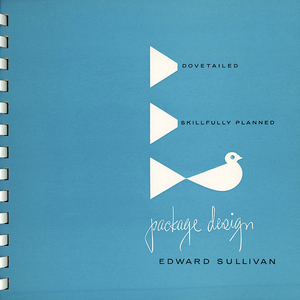