E. Willis Jones founded the Art Directors Club of Chicago in 1932. His 1940 27 insert was somehow considered too controversial and "yanked from the bindery," so he quit the 27, but has remained friends with its members of that time and since. An avid book collector and expert on the subject of Christmas and Santa Claus, he is also the publisher of a series of One-Leaf-Books which explain American industry to high school and college students. 27 Chicago Designer member: 1938-1940. STA Fellow 1953 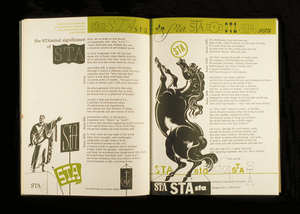 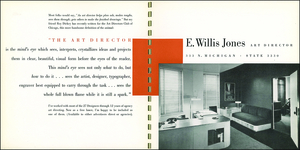 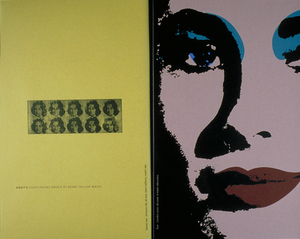