Charles Bracken left a Seattle fine arts career for one in "commercial" art; his friends were unanimous in forecasting his return in not over six months. That was in 1933, the beginning of an apprenticeship with Evans and Stultz, and an association with Chicago design that's lasted for 42 years. Now he is returning to fine arts just a bit later than his Seattle pals predicted. 27 Chicago Designer member: 1951-1969 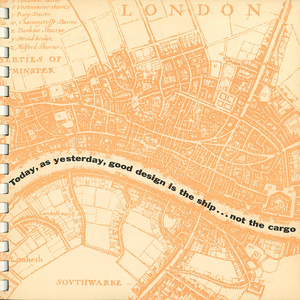